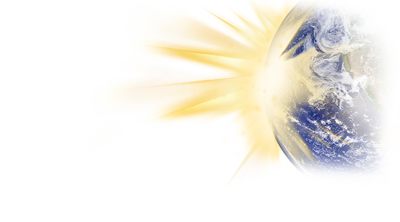 Aspect: The relationship between two or more planets that is created when they dissect the circle exactly. Each fraction of the 360 zodiac corresponds to a particular type of aspect. (See What Are Aspects)

Cusp: The dividing line between two houses of a chart, or between two signs. When referring to houses, the cusp is an exact degree. When related to signs, however, the cusp includes the three degrees at the end and the beginning of the signs in question.

Dispositor: A planet that has dominion or rulership over a sign. Each sign has a natural or traditional ruler that it is associated with. A ruler is the planet that a sign is most disposed to respond to or connect with. There is a natural affinity between a sign and it's ruling planet.

Elevated: The planet that is the highest in the chart (closest to the Midheaven) is known as the elevated planet.This planet's energy will tend to saturate and overshadow one's whole lifetime with its characteristics. (See the Planets)

House: The horoscope is composed of twelve houses, each one representing an area of the life experience. The houses, classically, are 30 degrees each, but there are many, many house systems that divide the houses differently. Thus, sometimes houses can be quite large or very small.

Part of Fortune: The most popular member of the Arabic Parts system, it is an imaginary point arrived at by combining the zodiacal degrees of the Ascendant and the Moon and then subtracting the degree of the Sun. It represents one's path to self-fulfillment. Some feel it is associated with joy. Some say it is one's destined path.

Rising: A planet that is just below the Ascendant (or first house cusp) is known as a rising planet. This planet's energy will add it's character and strength to one's personality and appearance. It becomes a way in which one can be identified.

Setting: A planet that is in the Seventh House, near the cusp, is a setting planet. This planet is very powerfully involved in all important relationships one has with others, and may even describe the partner in some way.

Stellium: A group of three or more planets that is bunched together in one sign. A stellium produces a concentration of energy that is characterized by the sign involved. It can be thought of as a power, or a strength or a focus that an individual is endowed with.